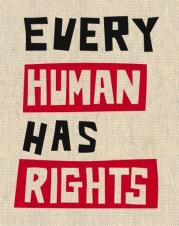 The Human Rights Act, is the Act of Parliament which makes the European Convention on Human Rights part of UK National Law. The government, which includes local authorities have to make sure that they protect these human rights and don't break them. If someone thinks that the government (or a part of it) has broken or failed to protect one or more of these rights then they can appeal in UK Courts and even to the European Court of Human Rights in Strasbourg (France).

Lots of rights, like the ones in the Convention on the Rights of the Child, but these rights are for all people - not only children.

How has it helped children in the UK?

If you want to read the rights in the Human Rights Act, here they are: