CiCC in the Corridors of Power 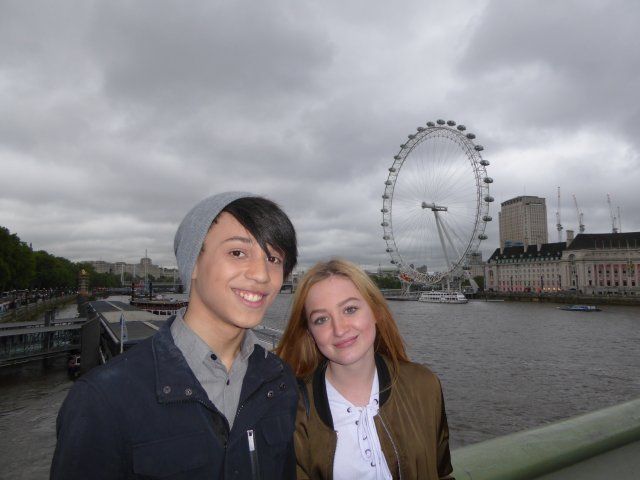 We are TJ and Rosie, we're members of the Beacon Children in Care Council. Today we attended the APPG for Children in Care and Care Leavers at Westminster, to discuss the topic of stigma, stereotypes and care. The debate motion was

"Care Leavers should be willing to tell anyone they come into contact with that they have been in care."

At the start of the meeting the votes were one off being equal – it was very close, but when the vote was called at the end of the debate to see if people had changed their minds it was 35 for and 37 against.

The meeting is run by and for MPs and Peers, but the Who Cares Trust help to organise it. It was chaired by Tim Loughton MP, the former children's minister and a member of the APPG. One young person said she didn't want to be treated any differently because she's a care leaver, she doesn't want it easy, she said she wanted equality between Care Leavers and everyone else.

I (TJ) didn't think the motion was phrased well. It should have been something like:

"Care Leavers and children in care should feel comfortable to tell anyone they choose to, when they want to that they have been in care without fear of being stereotyped or stigmatised."

Then I would have completely agreed with it.

We agree with the point that was made that professionals need to work hard to make sure children in care, and especially young children in care don't stand out in places like school, by being called out for meetings etc. And that professionals shouldn't ask questions about a young person's background just because they want to know. Our information should be kept as confidential as possible.

The way the care experienced young people from England, Scotland, Wales, Northern Ireland and the Republic of Ireland voiced their opinions in the meeting challenges stereotypes. They were eloquent in getting their points across and don't match negative stereotypes of children in care being troublemakers who can't achieve.

The Who Cares Trust are starting work with groups in from across the UK and Republic of Ireland to challenge the stigma and stereotypes which surround children in care and we want the Beacon to be part of that, because children in care can make a difference and achieve what any other young person can!

Children in Care Council members have opportunities to speak on behalf of Leicestershire's Children in Care and attend APPG meetings. If you could like to get involved please get in touch!