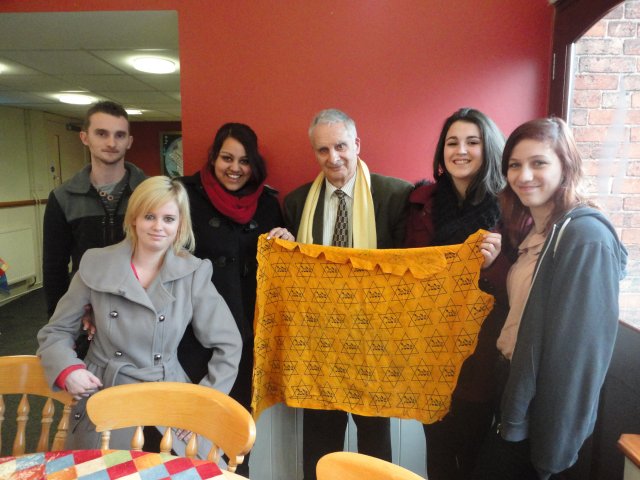 Last week, a group of us from the CiCC went to the Holocaust Memorial Centre near Newark, Nottinghamshire.

We went there to learn about the impact of what the Holocaust was like for single individuals from that era. We met and got to speak to a Holocaust survivor - Steven Frank, which was amazing. And we were fortunate to ask him questions such as:

What was the environment and atmosphere like in the concentration camps? He said that you might expect people to pull together, but it wasn't like that in Theresienstadt, it was much more 'every man for himself'.

We also got to learn what it was like for him and his family at the time.

His father was a lawyer and was sent to Auschwitz, and killed by the Nazis. But him, his two brothers and his mother managed to survive the brutality of the concentration camps, thanks to their highly resourceful and strong mother.

Being so fortunate to be able to visit the Holocaust Centre and speaking to a Holocaust survivor really gave me an insight on what it is like to be discriminated against and how vile people can be to others just because of a different ethnic origin.

How can you treat someone poorly just because they live differently, when we all do and who has the right to kill someone just for being different? The Jews were treated horrifically by the Nazis and learning about that era has helped me realise that there is so much discrimination and even genocide in the world and it needs to stop. And maybe if we all took the time out once in a while to learn from our past and how people lived it will help us ensure that this never happens again.

Click here for a poem about the Theresienstadt camp, Terezin is the Czech name for it.