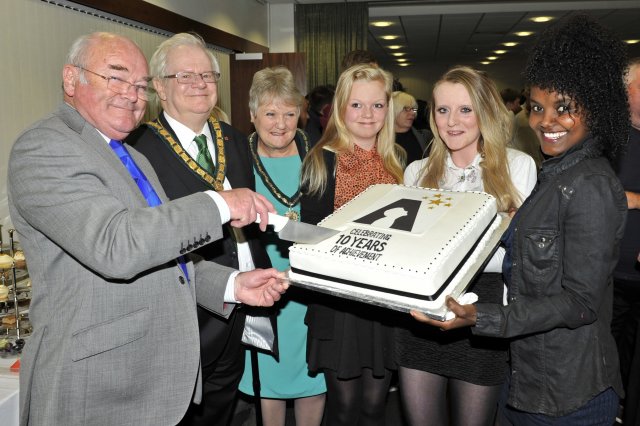 On Tuesday 16th and Wednesday 17th of October County Hall was completely taken over by the brilliance of you!

Almost 200 children and young people in care attended the events over the 2 evenings. There was loads to see and do, facepainters, Mad Science, Wii, a wonderful show, photobooth and a great firework show to end both evenings.

Young people were awarded for things like doing amazingly well in their GCSEs, getting on the career ladder, learning to ride a bike and being a star player on their local cricket team. The awards were presented by Dani Brown, a Double Paralympic Gold Medalist (London 2012, Beijing 2008), Julie Evans, a care leaver from Leicestershire and the Chairman of the County Council, Mr. Peter Lewis along with his consort, Mrs. Lewis.

Some of the comments on the feedback cards from children as well as carers included:

"It was amazing!" "I liked everything!"

"It's good because the children get to meet others just like them who are also in care."

"The whole evening has been brilliant!"

"...well planned and took into account what young people said they wanted to be there"

Helen, social worker said "It was brilliant...there was a great sense of self esteem of the young people involved in performing, it was a joy to watch them all and to see them enjoying each others performances."

Sam Baker was in the Leicester Mercury (a local newspaper) talking about the awards "It encourages us to keep on going. It also shows you that you can get somewhere when you work hard."