In October we had a visist from Andy Craven Griffiths
who is a rapper, performance poet and frontman of
'Middleman'. Andy came and did a workshop where
he helped the young people to write their own poems
and raps based on what they had enjoyed about
receiving parcels from the Letterbox club. Letterbox
club parcels are sent for six months between May
and October to children in care in years 1,3,5 and 7,
and include books and games aimed at that year
group. Most children in care really like them. Andy
also collected everyone's favourite jokes, and some
of the jokes and poems are due to appear in a
'Letterbox' book, so watch this space...

Andy also performed some of his raps and poems,
and showed everyone how to mix and scratch on a
very small machine that created some very big beats! 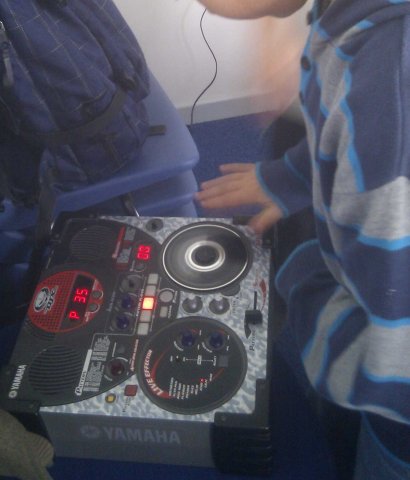 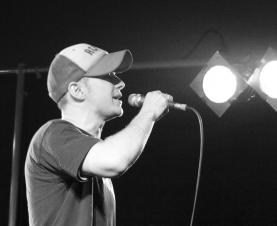 Click here to see Andy performing
with his band 'Middleman' 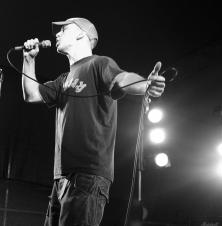 Click on the picture to see
Andy performing 'Teachers'